Update: Kabam Released MCOC 19.0.1 Update for Some Users and It created more trouble

Update: The Beta Version that was released for some volunteers seems to be failing.

Marvel Contest of Champions new Update  (19.0) that was released earlier this month for iOS devices and it brought more bugs than fixes. We really don’t remember an update that came without a bug, but this time it is just too much. The bug was reported on July 4 by one of the users as his device started heating up more than usual. Right after his report, so many users came up with the same issue and Kabam merged those threads into one post.

If you are an iPhone and iPad user and you updated the Marvel Contest of Champions app to the latest version. You must have noticed that your smartphone overheats right after a few fights. So you can’t even keep the app open for 15 mins.

This issue was raised after a few days of the overheating issue. While playing the game as I have noticed that the connection issue comes up right after few minutes of play as the device starts heating up. It has started to seem that this overheats bug has started causing some damage to the device’s modem. If this continues, the modem may fail and it may need replacement.

As the device starts heating up, players also feel the lag that makes the normal fight look like a slow motion effect.

If you head over to the MCOC’s official Forum and read comments, you will certainly find many users claiming that their smartphones have started failing on them and some even got physical damage. Here is one of the example where user reported that his iPhone’s screen just starting chipping off. 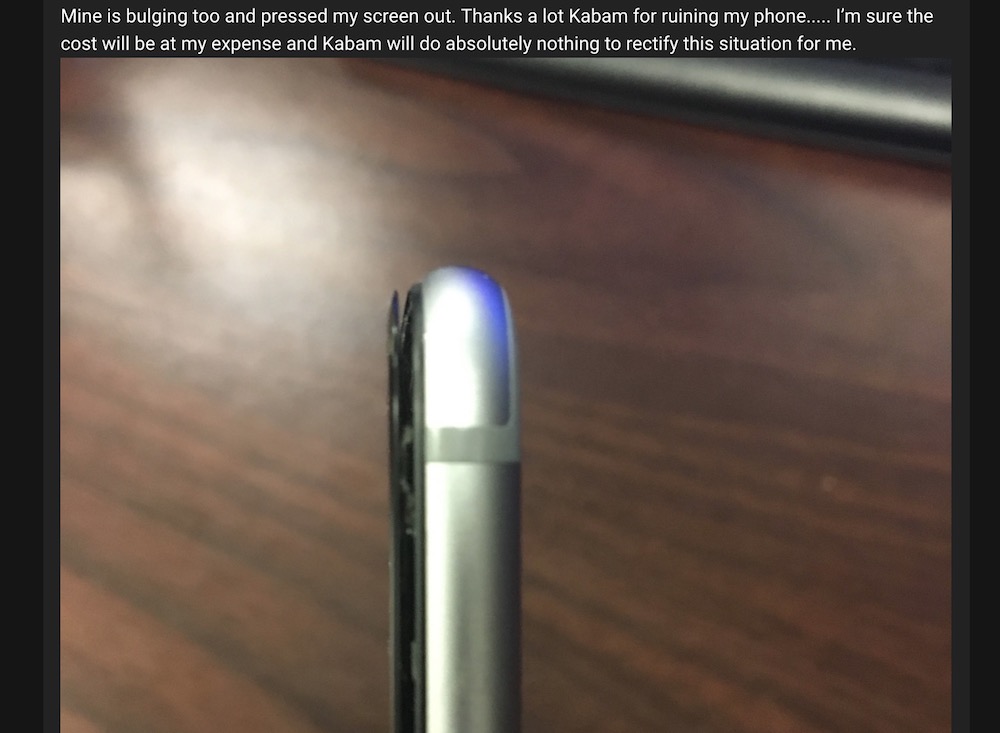 Apple’s Advice on The Heat Issue and MCOC App

I sent an email to Apple App Review team to tell that many of the users have reported the bug about the MCOC app and users on MCOC Forum has also mentioned that Apple asked them to remove the app from the app store and stop using it immediately as it can cause permanent damage to the device. So I requested Apple to remove the app temporarily from the app store until the issue is fixed instead of telling iPhone users to stop using it. However, they asked me not to use the app and they will investigate the issue. I received another email from them that they are working closely with App developer (Kabam) to fix the issue. No further mail thereafter! 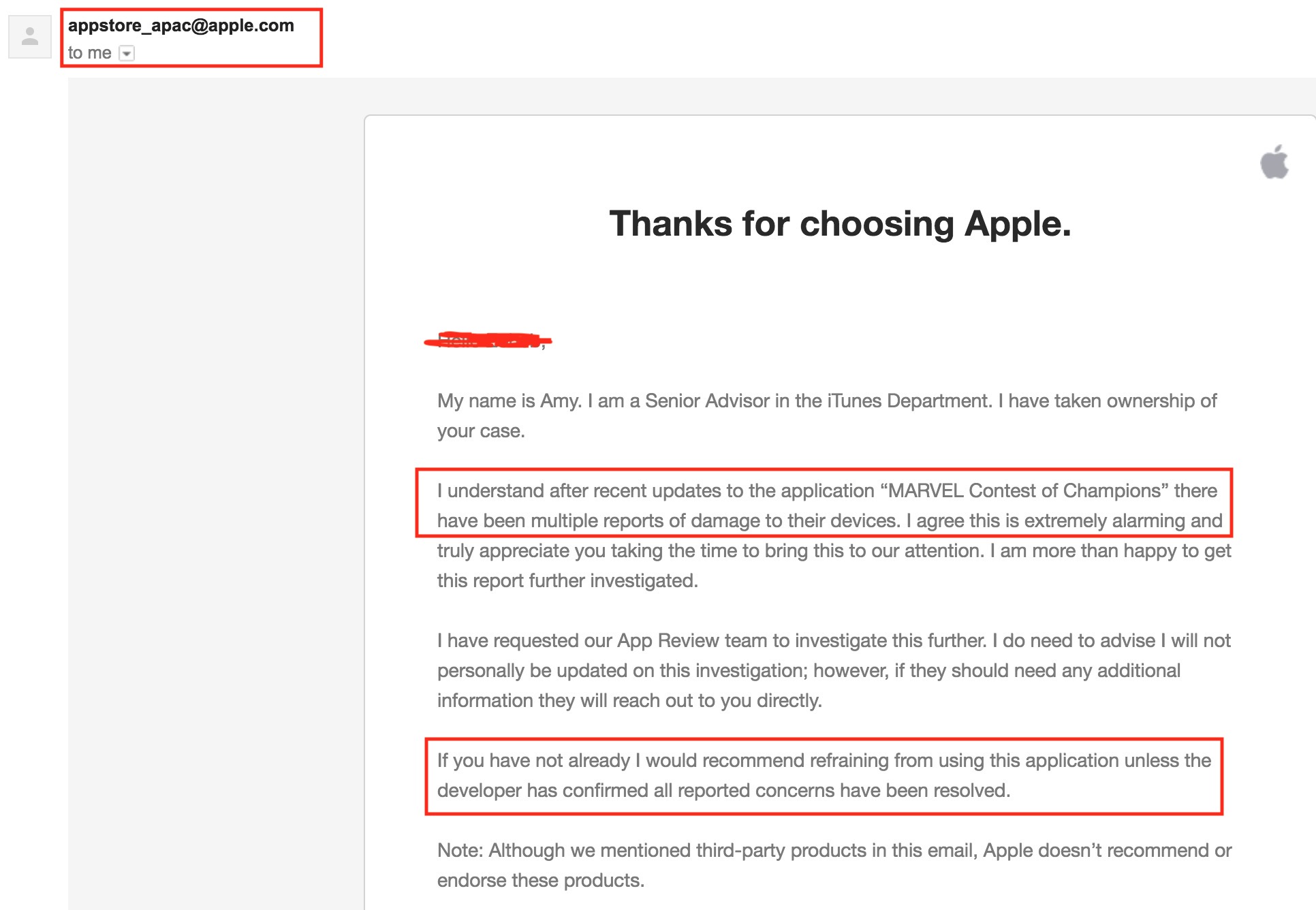 So If you cannot afford to buy a new iPhone, you have better stop using this app until the issue is fixed. If you want to take risks, it’s all up to you, but just don’t play for more than 15 mins in a go and let it cool down before you open the app again.

What Kabam is Doing to fix the MCOC 19.0 Bug that brought overheat issue to iPhones

It’s been around 2 weeks, but Kabam didn’t come with a working fix. They don’t even know when it is going to be fixed. However, they have released a beta version of the app via invites to some of the users to test the app if that works fine. So they are still testing it and will release this for all users if the beta tester players confirmed it to be okay.