Hulk has recently gone through a beta test that allowed some summoners to test his new abilities. So players are eagerly waiting for the new abilities to go live as soon as possible. Now the question is, when will it go live? 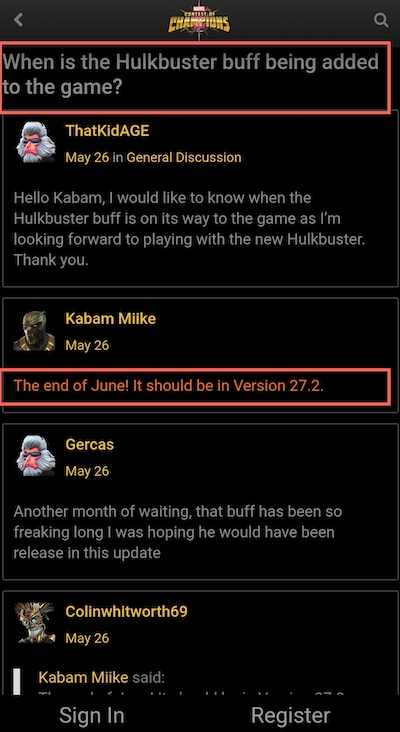 The screenshot answers the question itself.

So it will go live with Version 27.2 release that will happen at the end of this month. Kabam usually releases a new update a couple of days before the current EQ expiration. So I assume, it should probably go live on the 29th or 30th of this month (June).

Her is a video if you want to watch Hulkbuster damage output (stable version may differ a little, this video was recorded during beta test)