Kabam is well known for a series of bugs that every new version of the game brings ( some known and some unknown). Recently, Kabam announced that they will fix Medusa’s Armor Shatter bug in November when a new version of the app is released, but now there is another before Medusa is fixed.

If you look at the Description of Iron Man Infinity War, it clearly says that he is fully immune to Bleed debuff when he is armored up. Here is a screenshot: 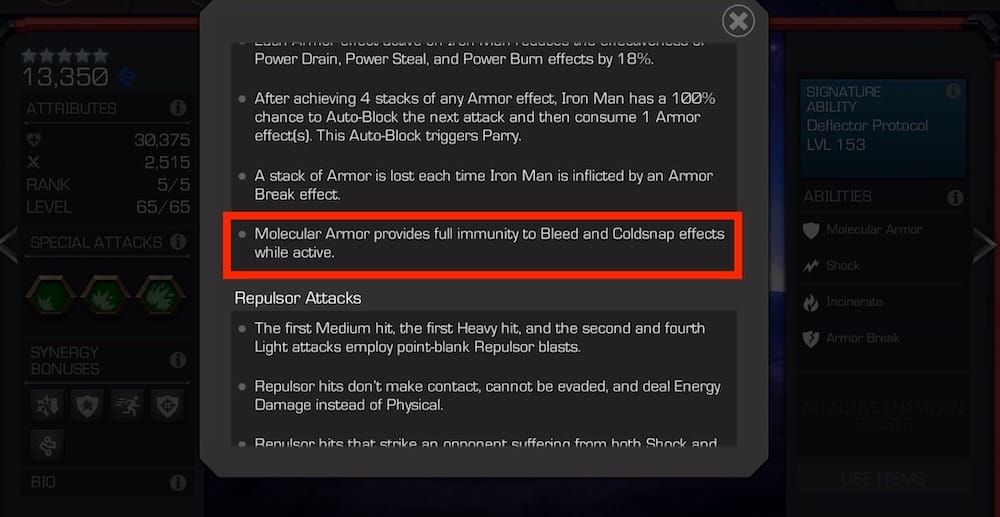 Now Watch Him Bleed With Armor

Explanation of the Bug IMIW Has

If anyone doubts that any kind of Mastery causing this issue, this is not the case. I have tested in AQ (On Cultrops Node) and faced the same issue. So this is bug and not something triggered by Blade or Mastery setup.

Still Works: When Iron Man Infinity War is armored up, he doesn’t get any bleed debuff (that you can also see in the video above after Blade used second Special 1 attack). It is perfect as it should, but the bug arises only when he loses armor, gain bleed debuff, and then regain his armor.