Variant 3.3.1 Spry path is kind of a pain as the champions have passive evade enabled and it cause you to get fatigue debuff. When you have fatigue debuff, your damage output is decreased and you also take damage if you attack the defender. 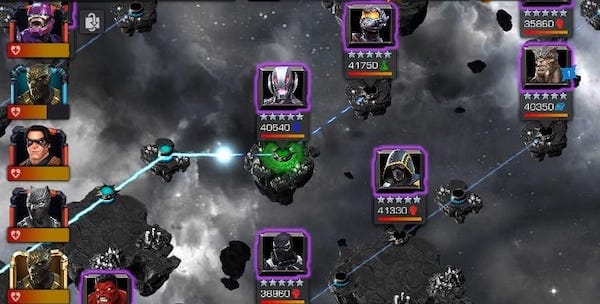 The Bug (or Kabam may have made it this way)

When the opponent is stunned, he is not supposed to cause the attacker Fatigue debuff, but it still does. So you cannot even use the Domino team.

(Optional: Add Blackpanther CW in the team to start the fight with Indestructible buff on Killmonger)

How to: You must intercept the opponent’s dash attack and it will give Killmonger True Strike. Thereafter, just keep getting True Strike hitting the opponent right after it uses Special Attacks.

Note: Never try to parry and hit unless you have true strike. You got to intercept a dash attack first, else you are done.