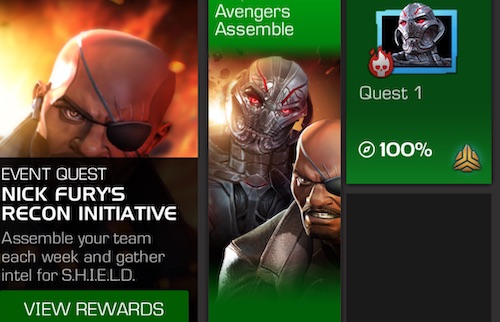 The Nick Fury’s Recon Initiative is the new event quest that will unlock each chapter every week keeping the old chapters unlocked. However, there is a list of champs that can only be brought to complete the event.

The first Week has Ultron as Boss with Arc Overload buff. So regenerates lots of health during the fight.

What champion can you bring to heal block Ultron in Nick Fury’s Recon Initiative event?

Start the fight by Parrying Ultron and use Heavy Attack to trigger heal block. Whenever you use heavy attack, it will trigger the heal block provided that the target is regenerating health at the time when you use heavy.

She triggers random debuffs and nullifies the buffs. So she can keep the healing away.