Captain Marvel Movie is set to release on March 8, 2019, and Marvel Contest of Champions players must have some expectation from Kabam as well. We might have a new event dedicated to this Captain Marvel lady, just guessing, though.

Captain Marvel now has a new tag added already if you have noticed. Here is the screenshot with the new tag and you can also see it when you face her or play her. 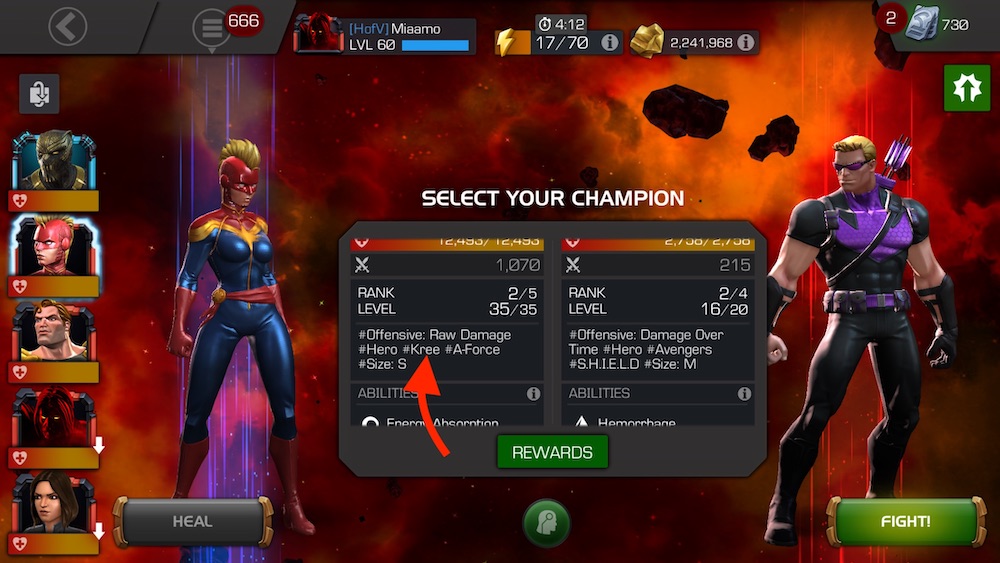 So we guess that Kabam will not bring a new Captain lady to the game, but might tweak an existing one to make more powerful, just like they did with Carnage and Venom. Bringing another Captain Marvel also sounds awkward as we already have Captain Marvel and Ms. Marvel and they both fight the same way and throw the same special attacks that is kind of funny. So it could be a useless thing to have a third Marvel Lady with a new face but the same features.

I am quite excited to find out if Kabam is gonna tweak her and I might rank up by Marvel Lady that is already duped. Let’s hope for the best.