Best Team To Use In Abyss (All Paths)

Before we discuss the team you should use in Abyss, let’s have a quick look on the map to understand what I am referring to when I say Path 1, Path 2 or so. If you need Abyss Of Legends Map or Path Map with Node Details, visit this page. We will also be discussing each fight and the best counter along with alternatives if you don’t have that champion. 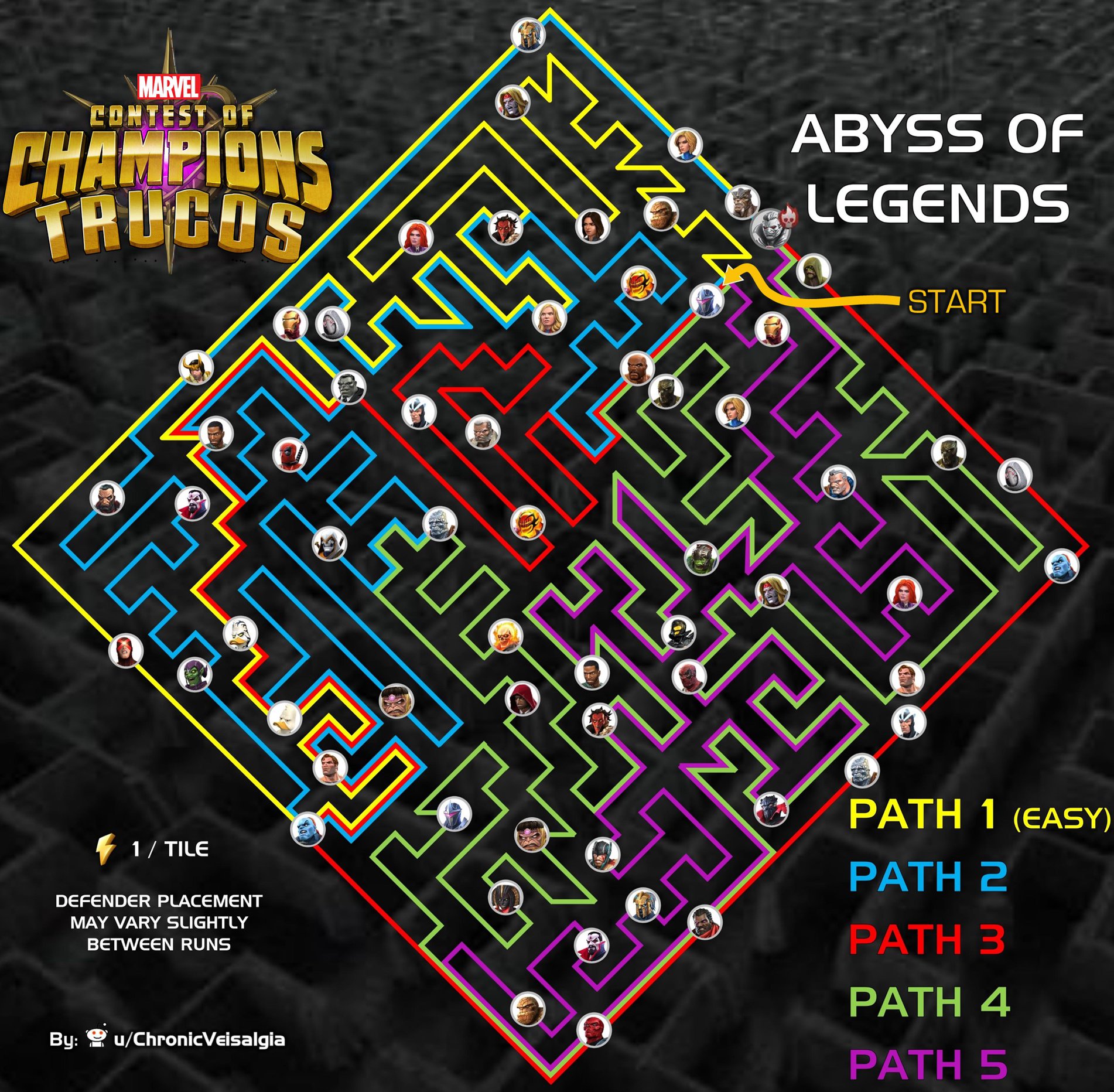 Let’s discuss the best attacker for each counter. If you have any questions, feel free to comment and we will answer as soon as we can.

There would be a few things I may have missed. Any feedback or suggestions are welcome. Leave them in the comment section.