Summoner Showdown was scheduled to start from July 12, but Parry bug made Kabam change the dates. These are the new dates

Are you ready for Summoner Showdown this year? Ready or Not, it’s starting next month, and here is everything you should know. Many summoners have already received an email that contains the detail about Summoner Showdown. Here is a screenshot with detail.

And if you missed this email or didn’t care to read everything. You may found an image circulating on Twitter and Reddit. This image was originally posted by a Twitter user @CTMCOC that you can see below. The data on the image is correct. 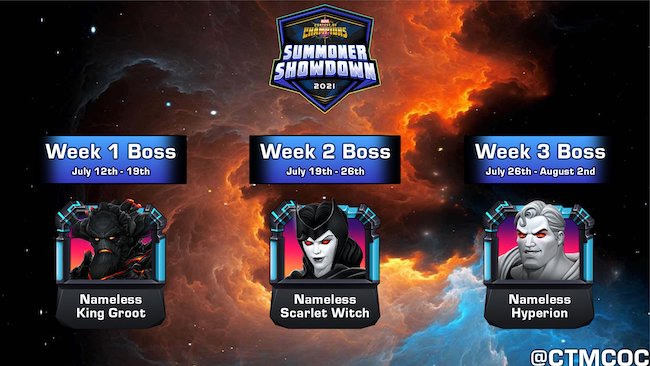 Bosses You will face: