Terrax Counters: Who are Best Against Terrax 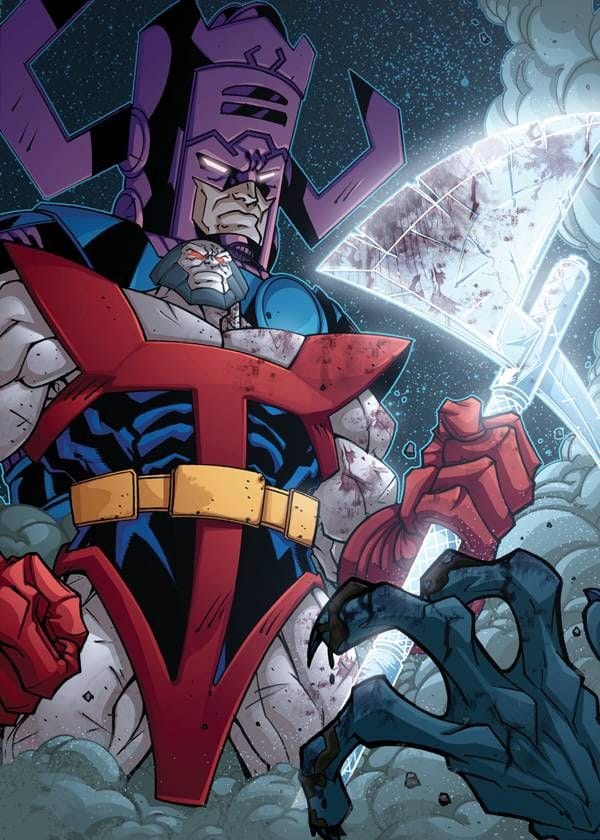 Things You Should Know

–> Terrex always starts the fight with Rock Field enabled if awaken. When it is enabled, Terrax will deal energy damage when the attacker is close to him.

–> While Rock Field is active, Terrax also has a 35% chance to break the opponent’s Armor every 0.5 seconds, and armor break can stack. He becomes aggressive.

–> His Special attack costs zero power and activates the Rock Field (if not already enabled), but his power will drain to zero gradually after the special attack. During this time, the rock field will be active. Once Power Bar reaches 0, Rock Field will disappear.

–> After using Special Attack, Terrax cannot use any special attack unless his power meter reaches zero and then he starts gaining power from the start. If you keep hitting Terrax, It will take too long until his power bar reaches zero.

This is the best solution as long as you can Quake that just a few people can do reliably. You don’t hit him, he doesn’t get power. If Terrax doesn’t get to use Special, his all ability becomes useless.

A max-sigs Namor doesn’t take any damage while hitting. So you can be as aggressive as you like. After Terrax fires special, you can just keep hitting him and he will rarely get a chance to use special attack.

Hulk Ragnarok regenerates 70% of the damage he takes from any passive effect. If you are using Willpower mastery, that’s even better, because it will make him regenerate more because of the armor break Terrax applies. Let’s have a peek at the video below:

While taking energy damage, she gains her charges faster. So it’s very easy to trigger Binary Ignition while Fighting Terrax.

Black widow Claire Voyant has a class advantage and she regenerates health with Special 2. The damage she takes can be recovered by firing special 2. However, just try to keep some distance while the Rock Field is active and you can easily defeat him. Here is a video where Black Widow goes against Tier 2 Alliance War Boss:

All the champions that are not tagged as #Metal can steal, drain, and power lock. Magik is best here as she has the class advantage with the ability to permanently lock power. She can also recover all the damage she takes during Limbo.

Use a Power Gain Champion (Hyperion, Vision Arkus, Dragon-Man or any other)

If you don’t go near Terrax while Rock Field is active, you don’t get any damage. So power gain champions can help you stay far. Just keep 3 bar of power and fire Special 3 when he has Rock Field active, so you can keep the distance.

Mystic Champions with MD5 mastery can easily fill the power bar because Terrax gets stacks of Indestructible buffs after using Specials. All mystic champions gain power after a buff is nullified or expired. This will help to keep the distance and not take passive damage.