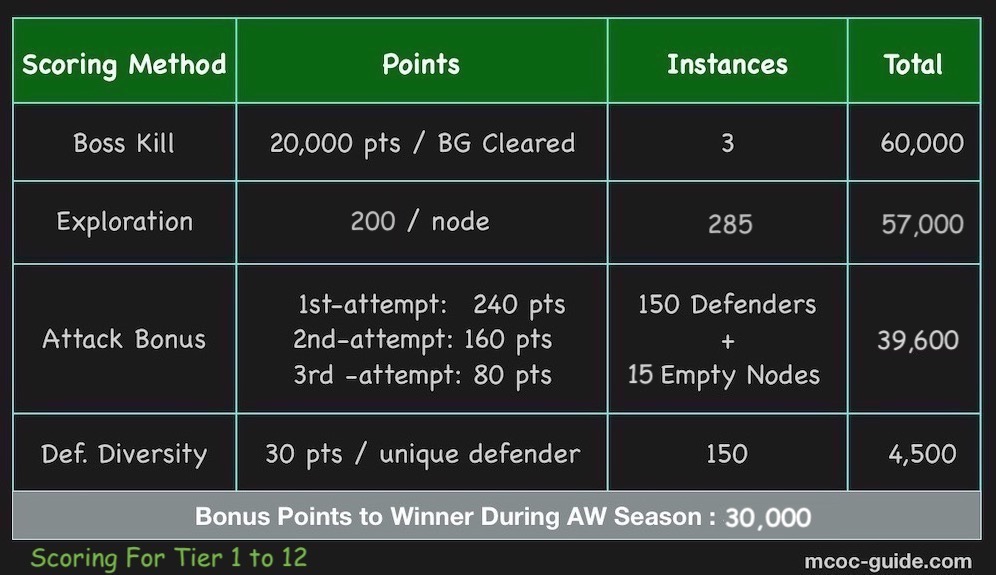 What happens when less than 10 members place the defenders?

Some summoners are a little confused about this point and think placing fewer defenders can cause the opponent to get fewer bonus points. Well, you got it wrong if you also think this way.

There are 55 spots in each Battle Group (BG) to place defenders that makes 165 including all 3 BGs. So 5 spots will always be left blank for each BG. Just walking through those blank nodes gives you a full attack bonus. That means each BG gets free 720 bonus points just by touching those nodes. In the same way, when a spot has no defender, it gives the full attack bonus (240 points) along with node exploration point.

Let’s have a look at the screenshot what Kabam says about the blank nodes:

The chart below defines the Map Difficulty, War Tier and Score Multiplies. If you have any confusion, feel free to comment at the end of the page. 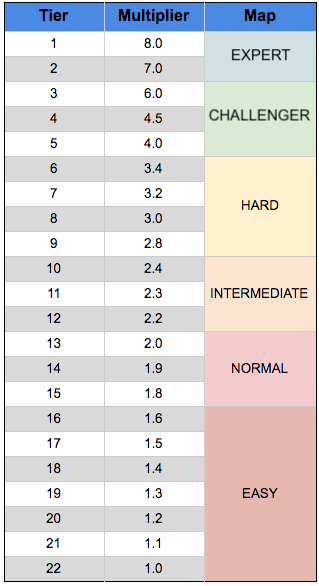